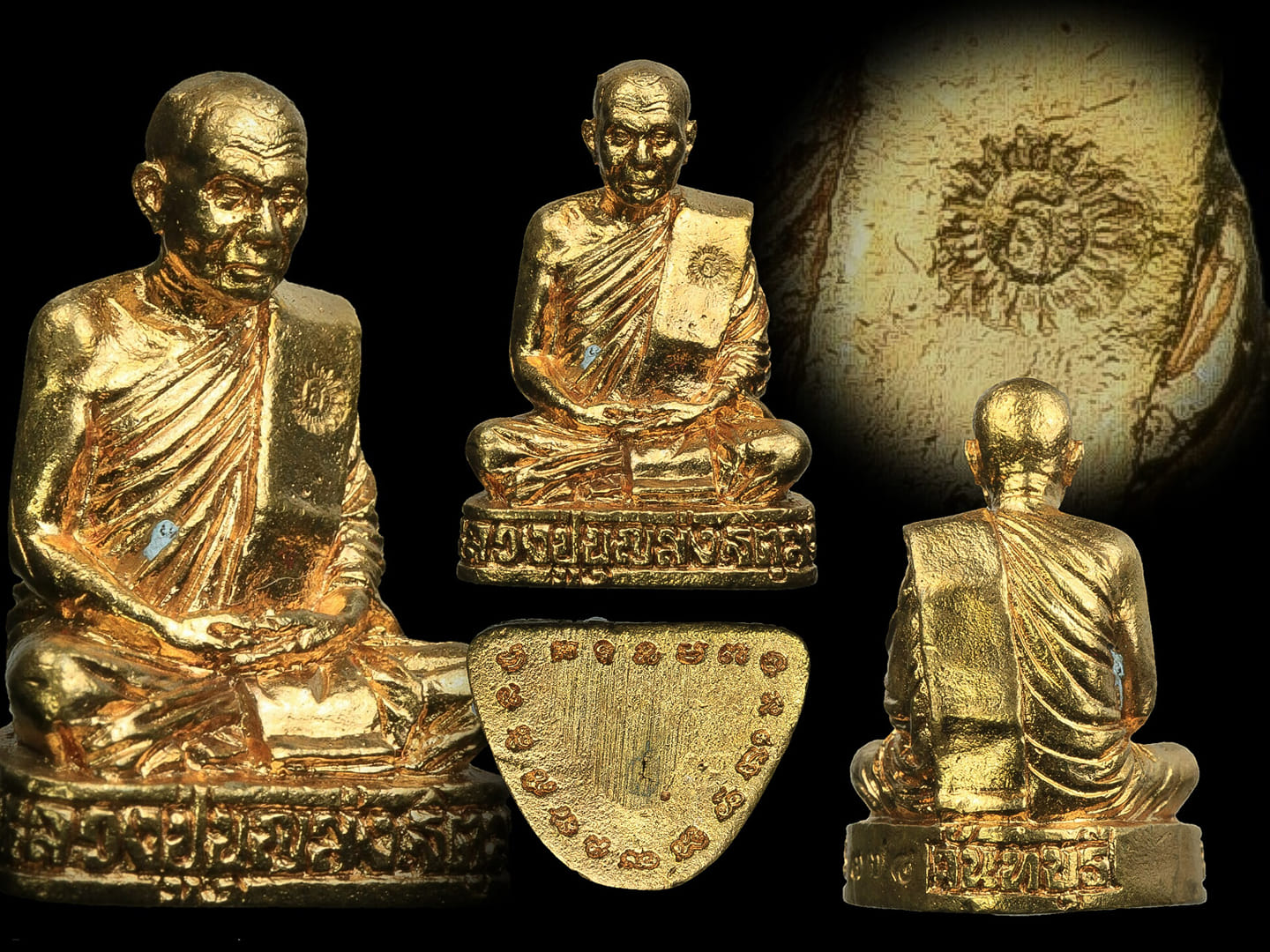 Luang Pu Boon Song is one of the venerable monks in the province of Chanthaburi who is currently 82 years old. He was born in BE 2479.

Luangpu Boon Song ordained as a novice in 15th July B.E. 2510. He was born in a very poor family and was brought up just like any normal human being who has gone through the good and bad deeds of mankind. During his monkshood, he has suffered difficulties of hardship like starvation for food and assassination of his life.

Luang Pu Boon Song practiced Buddhism and magic practice under the guidance of Luangpu Waen Suciṇṇo of Wat Doi Mae Pang temple, who was from the direct lineage of Phra Ajahn Mun under the Thai forest monk tradition.

During his stay with Luangpu Waen, he was greatly impressed and inherited great wisdom and knowledge of Dharma from Luangpu Waen’s teaching.

It is believed that it’s a great honor and merits to serve under a highly attained monk. During his stay under the guidance of Luangpu Waen, he encounters many great gurus and managed to gain and exchange knowledge of Dharma teaching.

After his guidance under Luangpu Waen Sucinno, Luangpu Boon Song resided back to Wat Santi Wanaram which was back then a small monastery which stayed by quite a number of venerable monk resided previously. Luangpu Boon Song is now guiding the monks and folks abide the rules and discipline of Buddhism.

His words of wisdom are ‘ As a monk, we should not take advantage of believers who provide us our meal & water as we do not stay in the temple for the sake of food, rest but to reassurance that our believers rewarded with good karma for their efforts in our sincere ritual praying.’

Those who are keen to participate in this once in a life time great opportunity of merits-making with master can contact Wat Santhi Wanaram directly.