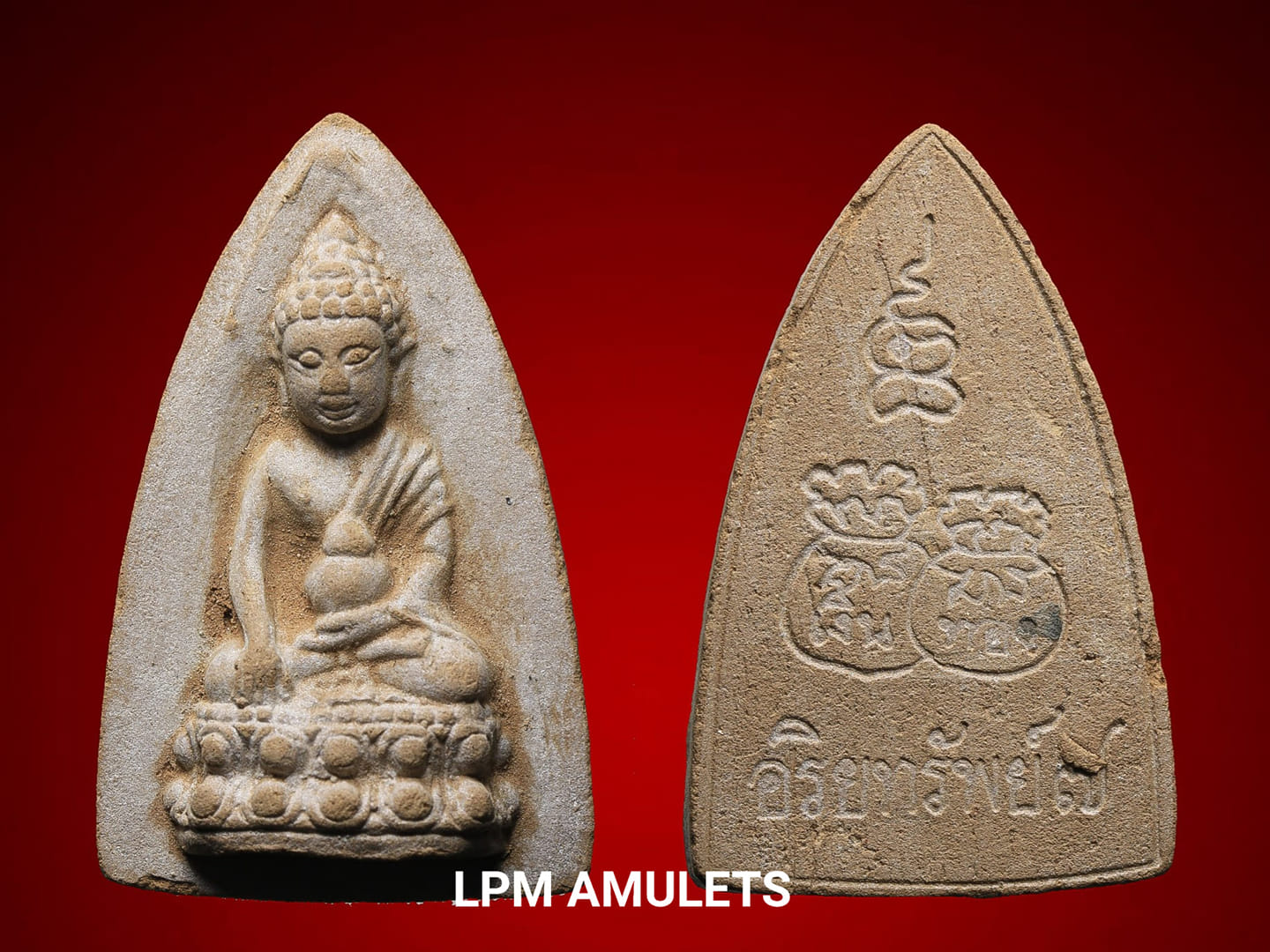 Lp SangWan Khemako ( BE2459 – BE2547 )
Wat Thung SamakkhiTham
A highly Respected Phra Kammatthana
( forest tradtion ) master of Suphanburi Province
Who spend most of his life practising in seclusion , spending nearly 6 years in cemetery

Lp SangWan was also praised by Luang Ta Maha Bua for his achievements
( widely believed to have attained Arahantship ) and compared him as Phra Thongkam~ Golden Monk.

Lp SangWan han since passed away in BE2547 leaving behind legacy of his great teaching which benefit many lives.
His body , without any sign of decay was also housed in the temple for devotees to worship .

Phra Phttho 1st Batch
During this time when Wat Thung SamakkhiTham was under construction , Lp SangWan and his disciple decided to made amulets as Dharma gifts to those who came forward to help. He then consulted one of his close pal , Lp Suwan of Wat Awut , a close disciple of Khun Mae Boonruen .

Lp SangWan was tasked to created the amulets , there were many different phims , such as large , middle and small pim were created in BE2526
The ingredients included in this batch of amulets were considerably one of the most scared which consisted of :

1. Sacred clay collected from a pond of Wat Khao Sarapatdee , which were discovered to have emitted strong aura by Lp SangWan during his meditation.

2.Sila Nam ~ Holy pebbles of Khun Mae Boonruen use for curing illness & prevent diseases .
* Place in water , make a wsh and will be as good as holy water blessed by Khun Mae.

4. Khun Mae Boonruen’s ashes
which were kept in the altar of Lp SangWan

5. Broken pieces ( about 2 big buckets ) of Phra Puttho BE2494 from Phra Thep Mettaakon, the abbot of Wat Awut
* Khun Mae Boonruen ever mentioned that Phra Puttho only need to be blessed by her once , even if crash and remade , the effects remains the same.

7. Blessed talcum powder of Lp Buddha Tawaro
Arahant from Singburi Province
The talcum powder were donated to Lp Buddha by devotees when he was alive , it was for his condition of skin irritation .

Many had experienced the good effects from wearing Phra Puttho of his batch as it comprises Baramee ( merits ) from at least 3 of the most well respected practitioners whom many believed to have attained enlightened .
It would be a great fortune and blessing to own a piece of this Phra Puttho irregardless of wearing or keeping at one’s dwelling for generating positive energy.