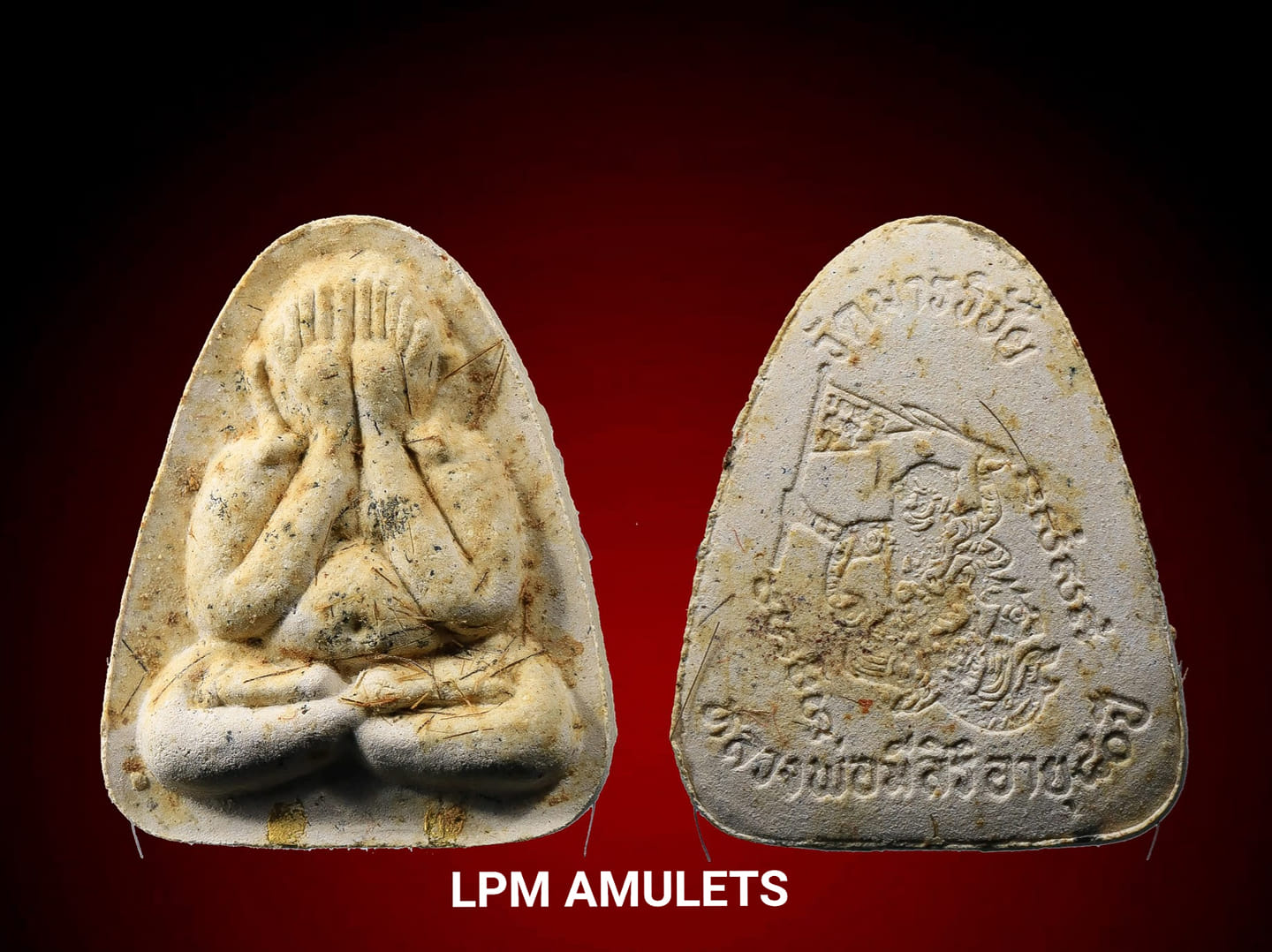 According to ancient believed, Numan amulets or Sak Yant if created or done in “Year of Monkey” and on “Wan Thongchai” were the most powerful.

The batch was created on Thursday, 16th April BE 2535 @15:19 hrs which coincide with the time of “Yam Chana Surd Songkhram” ~ Victory Over War.

After the creation of this batch (Phra Somdej/Phra Pitta) Lang Yant Numan, the amulets were brought into the main chapel of Wat Man Wichai for blessign on the auspicious day on the 16th May BE 2535 which was also Vesak Day.

After the main blessing, Luangpor Mee kept all the amulets by his bedside and blessed twice daily for another 19 days before releasing the amulets for donation on the 3rd June BE 2535