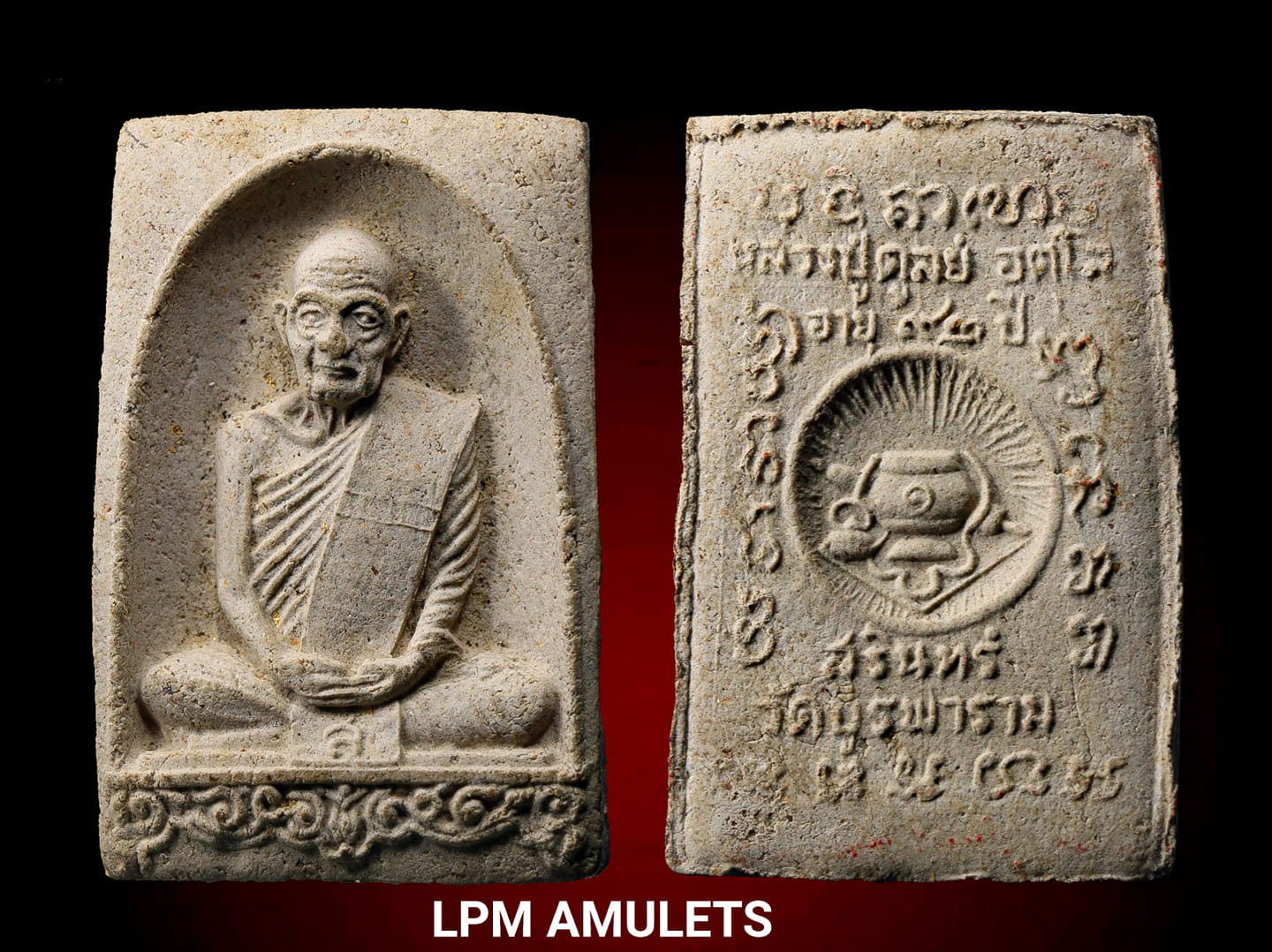 Luang Pu Dun (Phra Rajavudhacariya Atulo) was born in the village of Prasaht in Surin Province, Thailand on October 4th, 1888. He was the oldest in a family of five children and so took on much of the family responsibilities. In his mid-teens he became a lead actor in the Provincial theatre. At the age of twenty two he ordained as a Buddhist monk at Wat Jumapolsuddhavasa in Surin Province. After his ordination he resided at Wat Kauko just outside the city of Surin where he practiced meditation under the guidance of Acharn Luang Paw Aak. With the monks discipline not being very strictly observed and with his crude duties of caring for cattle and building ox-carts. He became disillusioned after six years and decided to look into the scholastic side of monasticism. He therefore went to a temple to study in the city of Ubon Rajathani..

After studying for several years he came to the conclusion that study offered only memory and not the real experience of practice. About this time Thailand’s most honored forest dwelling monk, Acharn Mun, came to stay the rains-retreat in a nearby temple. Acharn Dun went to hear a talk by this famous teacher and was so inspired by Acharn Mun’s description of the forest practice that he joined Acharn Mun after the rains- retreat and wandered under his guidance for the next sixteen years.

After wandering in the forests and mountains for many years he returned to his home Province of Surin and settled down at Wat Nah Sahm. This Temple, however, was far out in the country and as Acharn Dun became very well known and respected there was no room for all the people who came to hear him talk. He eventually was offered a place nearer to the city and he therefore moved to another forest temple called Wat Rongong Samet. He remained there during the rains-retreats but continued to go wandering outside that time especially in the untouched and deep forest of Cambodia.

For the last fifty years of his life he resided at Wat Burapharam in Surin. With his final passing taking place during his 96th birthday celebration preparations on October 30, 1983.

Note: The word “Luang Pu” ,which is used throughout, means “Venerable Grandfather” and this is how he was affectionately referred to.